A CME on “Bioterrorism a real world threat to today’s global economy” was conducted by Ms. Gopika S Jayan, Assistant Professor, and Department of Microbiology on 15 June 2022 at 3.00 P.M in ASPS Seminar hall.

This seminar focused on review of Bioterrorism agents and their potential impacts on our society. Bioterrorist attacks could be caused by virtually any pathogenic microorganism. However microorganisms (like virus, bacteria, fungi or toxins) to be effective as a bioterrorist agent should consistently produce a given effect, death or disease, at low concentrations. The agent should be highly contagious, have a short and predictable incubation period. The target population should have little or no immunity against the organism. The agent should be amenable to economic mass production, difficult to identify in the target population and little or no prophylaxis or treatment should be available with the native population.

The threat of biological warfare seems remote to most industrialized and developing nations. However, the threat of bioterrorism, in which biological agents are used by extremists as weapons against civilian populations, is a matter of concern. Nations and dissident groups exist with skills to selectively cultivate some of the most dangerous pathogens and to deploy them as agents of terrorism. Although a bioterrorist attack is difficult to predict, the consequences of a successful attack could be devastating and cannot be ignored. The role of public health epidemiologist is critical not only to determine the scope and magnitude of the attack but also in effective implementation of interventions.

More than 135 participants including students and staff attended the session and it was very useful. 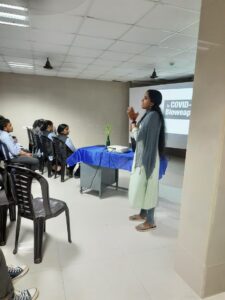 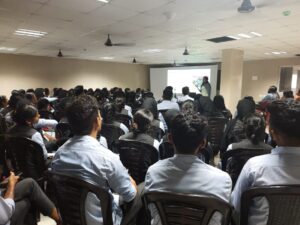 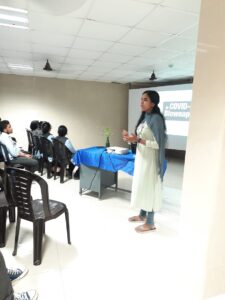 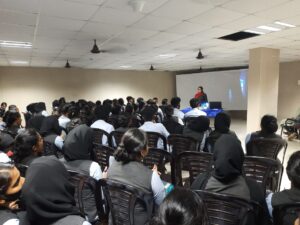 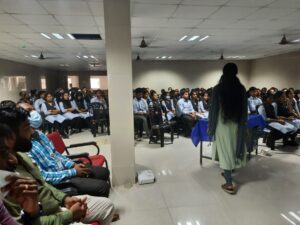 Get App On Google Playstore